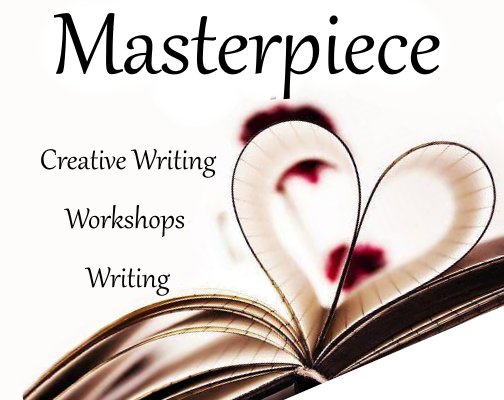 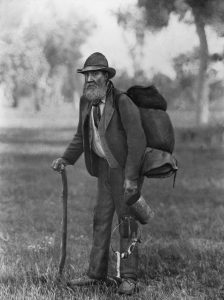 The Sundowner, by Kaitlyn Rutledge

Shortlisted for the Sydney Living Museums

I arrived home to our station, on the steam train one afternoon. My knuckles bloody and sore from a few swift smacks of the cane. At the front gate, a man, leaning against the wooden strainer post. A shaggy beard adorned his filthy face. A moth-ridden Akubra perched proudly atop his head. His swag upon his back and a billycan in hand, a stick supporting his whole stooped  frame; and a Driza-Bone jacket covering his stick-like limbs. His cold, hard eyes stared intently at me and sent shivers down my spine. I ran towards the homestead; Mama was awaiting with the tin of my favourite biscuits, Arnott’s Assorted Creams.

I questioned Papa about the mysterious man at the front gate. He responded, ‘Dear Joe, my son-why don’t you know? It is the jolly Sundowner!’

In the following few days the Sundowner turned up often. Occasionally joining us at dinner. He worked alongside the squatters. Mama made him smoko, and he caught rabbits for tea. He knew the lay of the land like the wrinkles written across the back of his hand.

I eventually built up the courage to speak to the Sundowner, one boiling day after school. I stomped up to his camp, red dust billowing behind me like plumes of smoke; kookaburras heartily laughing overhead. Beneath the towering red gums, he was busy skinning his catch of the day and grunted in recognition of my presence.

I politely stuttered that I only wished to know where he was from.

He began with a drawn out moan and answered, ‘Long ago I had a Misuss but she kicked me out, you don’t need to know the details.’ He wearily looked out into the distance and rubbed his brow, ‘I hit the road and travelled from town to town, carrying all that I owned. Camping out on stations, helping where I could, learning the lay of the land. Until I got wind of work in the west building a bloody long fence to keep the rabbits out. It took five years and I camped out with other Sundowners.’ He shook his head and with an exaggerated sigh, exclaimed, ‘Oh, it was so very long, over 2000 miles, you know!’

As I left he began to cook his rabbit and drink his rum.

Over the next few weeks, I went to visit the old bloke often. We chatted for hours and he taught me things. Like how to catch rabbits, how to read the land and cook up tucker. We became good mates. We saw each other every day.

It was a scorcher, the mercury had cracked 100℉ and I was home from school because of the sweltering temperature. The heat was relentless. I spent most days down at the waterhole swimming and I hadn’t seen much of the Sundowner. The radio was calling it ‘plain hell’ and ‘a heatwave-and-a-half’; hundreds of people died.

On Sunday, after breakfast, Mama was reciting the newest Dorothea MacKellar poem ‘My Country’, and Papa was fixing the screen door. I was staring aimlessly out the window, towards where the Sundowner’s tent was fixed on the horizon, the lifeless landscape was dry as bone; trees were dead, red dust everywhere, there was not a blade of grass in sight.

When the heatwave had passed, I ran to the Sundowner’s tent. I called until I was hoarse and looked everywhere but he was nowhere to be found. I raced back to the homestead and breathlessly called for help. Papa, Mama and I fetched the horses and saddled up, we set off. We rode out across wide plains, over barren hills, through desolate waterways, underneath the expansive blue sky, searching and calling, until the light began to fade and we retreated back to the homestead.

The next day we went out again, even more of us this time. We searched high and low, far and wide. It was almost dusk, we were about to retreat back to the house for the night and were riding far from the beaten track, when we found him. He was lying in a gully, face-down, seemingly lifeless. I dismounted my stallion and ran down the steep slope, to his side.

Tears ran down my face, until he awoke with a half-hearted grunt; ‘What’s the matter kiddo? Why you crying?’

I quietly stuttered, ‘I thought you were dead.’

He then laughed in a larrikin tone, ‘Oh you duffer, you can’t get rid of me that easily!’ and weakly patted me on the back.

We flung him over the back of Papa’s mare and rode home. The old Sundowner was malnourished and dehydrated, yet still in good spirits. We held him up in the sleepout on the back verandah; Mama was by his side day and night. His condition worsened over the following days; he couldn’t walk or eat, spoke in a whisper, had no strength. We moved his belongings to his bedside.

He called on me one afternoon – it was a lovely day.

He spoke to me as quietly as a mouse, ‘Now boy, I won’t be around for much longer, but I want you to look after yourself. Value your family; they are your most important asset in the world. More important than any money.’ He began to close his eyes and was struggling to speak, ‘And never ever be a lonely old fella like me, it’s terrible, utterly terrible! Uh…you’re also one of the best mates I’ve ever had…’

As he spoke his voice became hoarser, softer, quieter, until it was barely a whisper. With a final smirk and pat on the back, he shut his eyes and was gone.

The very next day, we buried him down where his tent had been pitched, with his beloved swag and billy can. I missed him very much…that old fella, he had taught me so much. I will never forget him.