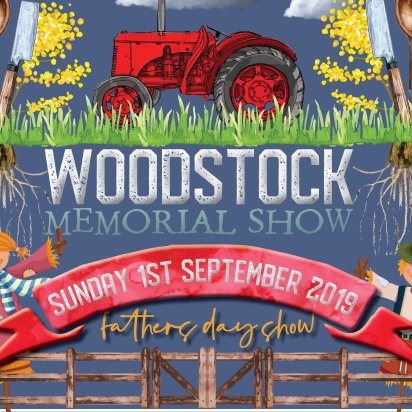 Well, neither did I till I went to the Woodstock Memorial Show. It’s LOADS of fun, really, something you’d never see unless you went to a country show. You’ll find yourself cheering and holding your breath as if it were a neck and neck Holden-Ford Grand Prix. You must do it.

And there is the perfect opportunity, this weekend at the Woodstock Memorial Show.

Nestled in NSW’s Central West, past Bathurst and before Cowra, the village of Woodstock has a pocket-sized population of 250. Last year around 3,000 patrons got out of bed on Father’s Day and chose to celebrate it, with family and a cracking country community, at the Woodstock Memorial Show. The village itself has a disused but beautifully restored Heritage Listed railway station, a grand old pub, post office and a butcher. The showground has a smart arena, surrounded by stock yards for sheep and cattle showing, and the Walli Hall, which was moved from the village centre to the showground in 1980, in one piece, and has been lovingly kept up by the community ever since.

Australian country or agricultural shows officially began in 1822, in Tasmania, followed by Sydney the following year. The idea was to showcase and promote our home-grown agriculture. In a what is rarely seen nowadays, the essentials of the event have not changed, nearly 200 years later.

‘The show is about pride in what we have and what we produce, and showcases our way of life,’ says Stephen Rutledge who has been involved in the organising of the Woodstock Memorial Show for the past four years.  According to the Department of Primary Industries, the Central West is known for supplying a large proportion of NSW’s fruit produce, and the meat and wool of sheep.

The Woodstock Memorial Show has been running since 1947, started by a local grazier, Mr Hugh Rowlands, and the local policeman, Mr Dick Cooper. The aim was to raise money for a kitchen to be added to the Memorial Hall, and the day had an emphasis on gymkhana – horse events mostly aimed at entertaining children.

Nowadays, ‘the Show continues as a place of work and leisure, education and entertainment,’ says Alison Rutledge, also on the current organising committee. ‘It is a longstanding commitment to a set of core values: Pride in traditional rural industries, competition, collaboration, progress and the interdependence of town and country. It gives local community groups, like the Woodstock Swimming Pool and the Woodstock CWA, the opportunity to raise funds for their benefit on Show day and contributes annually to the ongoing overhead costs of the Woodstock Memorial Hall, and in more recent times has facilitated the ongoing restoration of the Walli Memorial Hall.’

Alison herself is a lifetime Woodstock local and has been involved in the Show since childhood. ‘My Mum was steward of the Flower Section for many, many years,’ she says. ‘We used to go to the Show and we were so bored as there was very little for children, and her job seemed to take forever! We were probably school age, maybe in the 1980’s. We used to trudge in and out of the pavilion, waiting… waiting…’

Records show, that from the Show’s inception in the ‘40s, the horse events remained strong, the “Fat Lamb guessing competition” was held every year, and, although it was Alison’s childhood nemesis, the Flower Section, has proven to be another long running favourite in the Show’s history. In those early years, the Dog Show was not as popular, starting in 1962 and costing the Show nine pounds and eight shillings, but was abandoned two years later.  However, dogs were more popular than the poor old Miss Woodstock Show Girl, which only got a look in once, in 1973.

But, change was afoot. ‘As a young adult,’ says Alison, ‘in 1990-91 the Show had a new lease and we had junior judging of a stud sheep section, Tug ‘O War, dog jump and great novelty events. We used to bring college friends home and it was a hoot!’

In 1971, an Art Section was introduced and still runs today. The Tug ‘O War was first seen in the 1972 Show, and was popular for many years as well. In 1960, on the evening of the Show, a dance was put on for the community, an event which ran well into the 1980’s. Not only did the dance provide opportunity for Woodstock and surrounding communities to don their finest frocks, but it was an important time to present awards to valuable community members.

After studying Farm Management at the University of New England in Orange, Alison returned to the family farm in Woodstock. ‘I came home in 2003 and quickly got roped into a job in the Arts and Crafts for the Show, as assistant steward – not really my forte, but help was required.’ The Show took on a family flavor when the Rutledge’s had children. ‘We tried to bring more life to the pavilion with a Teddy Bears Picnic and Boots and All Competition,’ says Alison.

Despite her childhood memories of the Show, it seemed an attachment to the event was deeply ingrained in Alison. ‘The Secretary’s job was to coordinate everything from sponsorship to printing, graphic art, trophy seeking and so on, and, in 2013, it seemed we needed a new eye to the job. The previous lady had served for 28 years and had done a stupendous job. The handover was tricky, due to most things being on paper and little records kept. We stepped in then, coordinated a brainstorming session… only about six turned up! But the ideas were good and we ran with them. The committee were receptive to our ideas, particularly after the first year. We had a few sceptics, some said we would never outdo the first year, but we have now, four times over.’ The Rutledge’s brought the Show into modern times with a social media presence which reached the big centres of Orange, Bathurst and Sydney, and additional activities to make it interesting for children. In their first year, profit was nearly $4000 – a far cry from the $360 made two years before. And it only got better from there – bringing in over $6000 last year. For a drought affected community, with a small population, this is a phenomenal plus.

But, Alison stresses, that it is about ‘so much more than the money! History tells us the story of a 22 year-old Show treasurer, Paul Dresser,’ Alison recalls, ‘challenging his father, Joe Dresser, in 1971 that an $11.53 profit was a ‘bloody’ disaster, and for the amount of volunteer labour contributed to coordinate the event, the Show would be much more profitable having individual members donate $5 to the beneficiary, the Woodstock Memorial Hall, than actually running the show. Young Paul was ‘slammed’ for his comments by his father Joe – Joe stating that it’s got nothing to do with the money! It’s about getting the community together, it’s a social thing, and it’s about bringing farmers to the village and seeing others – If you don’t have that, you have nothing!’

How true today, not only for our farmers facing the toughest of times. But in fact for all of us: ‘Community’ is today’s buzz word in the cities too – the antidote to stressful living, to rushing and staring at screens and to life passing us by. There is a focus on the handmade – currently having a wonderful resurgence all over the world, in revolt against what has become our unsustainable ‘made in China’ society, and as a way of slowing life down.

Visiting the Woodstock Memorial Show is a day our family plans for all year – our children paint pictures for the Art Section, and we have had glitter and flowers all over the house for weeks as they create fairy gardens for the Flower Section. Unfortunately, we couldn’t enter the Scarecrow competition this year as room in the car is limited, but we have managed entries for the Photography section. Us adults are equally as excited as the kids, in planning our weekend away. When the day finally arrives, we relish the fresh air, open space and friendliness that you only find in such abundance in the country. We love the excitement of the chainsaw racing and woodchopping; we wander slowly and up close amongst the animals which should be the pride and joy of our nation.

The kids learn about wool classing and blacksmithing, they try whip cracking and we all eat too many sausage sandwiches and CWA cakes.

To this end, the agricultural, or country show has another important role: Education. For children to understand where their potato wrapped in plastic on the supermarket shelf comes from. For adults to be more aware of supporting our own producers when we shop.  For all of us to know firsthand, what it is that our farmers do, and not rely on an ad for milk or what the News reports in a ten second snippet.

Since Alison was a child, there have been many modern additions. ‘People of all ages and from all walks of life, whether city or country, enjoy attending this annual event,’ she says. ‘The young (and young at heart) look forward to the fairy floss and a dagwood dog, show bags of goodies and the fun of sideshow alley,’ she says. There are also the car, ute and bike show, a magic show, markets stalls and music, as well as wool judging, cattle judging and the heavy horses show. These traditional events are still a major drawcard: ‘Other people enjoy the agricultural and industrial exhibits, entertainment or main ring features. Many in the community of course are involved as exhibitors, entrants or judges in show competitions,’ says Alison.

Alison and Stephen have a family of young children and a large working farm themselves, so taking on the Woodstock Memorial Show might seem an enormous ask for a couple already busy to capacity. ‘I think I do it because I like to see people enjoying themselves and I think we lead a very privileged life and we can spare some time to bring some joy to others,’ says Alison. ‘I love to hear positive feedback that people had a blast, and I think installing the values of giving back to the community is good for our children to witness – and perhaps they too will do the same in years to come, rather than hold on to too much of the “all me” attitude. And I hope perhaps our local community appreciate the effort we go to, and in years to come, remember our contribution.’

‘The annual show is an important part of the cultural life in the small village of Woodstock and surrounds, and has been for decades now,’ says Alison. ‘The Show provides the community with the opportunity to reflect on its values and aspirations; celebrate achievements ranging from excellence in prime lamb breeding to the beauty of a delicate piece of embroidery; and enjoy a break from the routine of everyday life.’

All that, and you’ll get to see what a Tractor Pull is. So let’s meet at the starting line; this Sunday, September 1, Woodstock.

Fires They Are A Burning

Is this The LUCKY COUNTRY?
Scroll to top